It’s that time of year when the “C” word causes mayhem in our homes.
No.
Not Christmas.
This is worse. Far worse….. 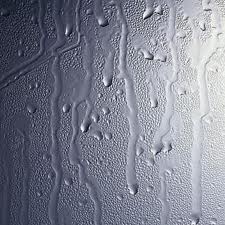 Condensation occurs when warm, moisture-laden air meets a cool surface . The change in temperature causes the moisture to condense on the surface in the form of water droplets. Colder external temperatures during winter combined with heated internal temperatures results in larger amounts of condensation.  Encouraged by poor air circulation where stagnant air pockets form, look for it in corners, on or near windows, in or behind wardrobes and cupboards. Condensation is generally noticeable where it forms on non-absorbent surfaces such as glass or tiles  but it can form on any surface and it may not be noticed until mould growth or rotting of material occurs.

The first evidence may not be noticed until an item of clothing is removed from a wardrobe, usually when you’re in a hurry or you have an important meeting or event  and  said dress or suit is found to be covered in mould.

Or worse, alive with silverfish.
Silverfish can survive in almost any environment,
but they prefer areas with high humidity. Ugh!

When it happens on a wall, the wall soaks up the moisture and becomes damp. It often appears as a dark patch in corners near the skirting and on the ceiling. Cooler north-facing walls are more prone to the problem.

Condensation and mould spore  have a detrimental effect on our health especially  on those with asthmatic and allergy conditions or those with comprimised immune systems such as patients undergoing chemotherapy.

So why is our indoor air so moisture laden?

Homes have become more effectively sealed to prevent energy loss, keeping any moisture produced within the house and providing better conditions for condensation to occur.

One person can add 2+ litres of moisture to indoor air daily through normal living activities such a breathing, cooking, washing and heating. Add indoor clothes drying to the equation and the figure rises dramatically.
Natural ventilation such as trickle vents and wall vents are often closed to prevent heat loss, but even while open will only give about 1-2 air changes per day. Open windows offer similar air movement.

So there we have the “C” problem.

What is the solution?

A Drimaster Positive Input Ventilation  provides a continuous supply of fresh filtered air into your home by way of positive pressurisation.

A Drimaster Positive Input Ventilation is the most cost effective way of creating a healthy living environment in your home, providing up to 12 air changes per day.

A gradual pressure is built up forcing moisture and indoor air pollutants out through natural leakage points found in every home, in turn creating an atmosphere in which condensation and mould growth cannot exist.
The unit is fitted in your attic, or on an exterior wall in the case of a house or apartment with no attic and  operates at an almost imperceptible noise level. The input air enters your home at ceiling level, either hallway or landing. This method re-circulates the warm air that rises and collects there and re-distributes it throughout the home thus collecting and removing old contaminated air from stagnant corners, wardrobes, storage areas etc.

Drimaster will also help reducing any build-up of poisonous gases such as carbon monoxide and radon gas.
Positive input ventilation is a recognized method of Radon control, increasing the internal air pressure will reduce radon entry into a dwelling and increase dilution of indoor radon (because of increased ventilation).

Radon is a naturally occurring radioactive gas, both colourless and odourless which can enter buildings from the ground and can expose occupants to doses of radiation. High concentrations of radon particles, once ingested, increase the possibility of damage to tissues and in extreme cases the risk of lung cancer. It is estimated that 100,000 homes have higher than average concentrations of radon above the safe levels of 200 Becquerel per m2.  See http://www.rpii.ie/  for more information and check the map to see if your home is in a High Radon Area.

And if all that wasn’t enough….

Fresh air is full of negative ions, which cleans your lungs giving you more energy and a sharper mind; improved digestion; improved blood pressure and heart rate and a strengthened immune system.

And best of all ….fresh air  makes you happier!  😆